Our new 14 day itinerary tour commences in May 2022 at Munich and concludes in Milan. Two really amazing weeks with spectacular sightseeing, quaint villages, famous towns and cities and the chance to see the spectacular Passion Play event of 2022. The attached itinerary is preliminary only and is subject to change.

The tour will be truly amazing – a trip of a lifetime, and incorporates touring in Italy, Austria and Germany.

On request September and October

This tour commences in Munich on the morning of Friday 27 May 2022 and concludes at Milan Malpensa International Airport. N.B: group members should arrive in Munich no later than the evening of the night before the tour commencement (i.e. arrive 26 May or earlier). Optional extensions are available post tour.

Munich is Bavaria’s capital and home to centuries-old buildings and numerous museums. The city is known for its annual Oktoberfest celebration and its beer halls, including the famed Octoberfest, and Hofbräuhaus founded in 1589. There’s free time to explore or rest before we join the other group members in the hotel foyer for a briefing. Then tonight join the other group members for a welcome drink and companionship, followed by our (included) welcome dinner. D

This morning we have a short included orientation tour of Munich including Marienplatz followed by free time. In the Altstadt (Old Town) the central Marienplatz Square contains landmarks such as Neo-Gothic Neues Rathaus (town hall), with a popular glockenspiel show that chimes and re-enacts scenes from the 16th century. B
Today we travel through beautiful countryside into the mountains and our included visit Berchtesgaden Eagle’s Nest, Adolf Hitler’s famous mountaintop retreat. Enjoy Bavaria’s lush mountain scapes, and ride a bus and elevator to the lodge, 1,834 meters up Mt Kehlstein. B
After breakfast this morning we travel to Dachau to visit the site of the WW2 concentration camp - the first of the Nazi concentration camps in Germany and originally intended for political prisoners. This afternoon we continue our journey of discovery into the Bavarian Alps and our hotel and base for 2 nights. B,D
As well as being famous for its once in-a-decade performances of the Passion Play the town features The House of Pilate with frescoes by Franz Seraph Zwinck and live demonstrations by woodcarvers and artists. The Kölblhaus also has a gabled roof and a painted exterior and the Oberammergau Museum and quaint shops feature woodcarvings by local artisans. Then this evening we have the BIG event of our tour – The Oberammergau Passion Play. B,D
Depart our hotel to visit the fairy-tale castle of Neuschwanstein and the Church in the Meadows. Return to our hotel. B
This morning we visit Hasegg Castle and the picturesque town of Hall beside the River Inn. This afternoon we depart for the Innsbruck area – our base for 2 nights. B,D
Innsbruck, capital of Austria’s western state of Tyrol, is a city of the Alps and a destination for winter sport fans. Innsbruck is also known for its Imperial and modern architecture. The Nordkette funicular, with futuristic stations climbs up to 2,256m from the city centre for skiing in winter and sightseeing. B
We depart Innsbruck for Venice via the Italian Alps and Bolzano. Venice is built on more than 100 small islands in a lagoon delta on the Adriatic Sea. It has no roads, just canals – including the Grand Canal lined with Renaissance and Gothic palaces. The central square, Piazza San Marco, contains St. Mark’s Basilica, which is tiled with Byzantine mosaics, and the Campanile bell tower offering views of the city’s red roofs. Overnight Venice. B
Free time until we depart Venice for historic Verona - a city in northern Italy’s Veneto region, with a medieval old town built between the bends of the meandering Adige River. It’s famous for being the setting of Shakespeare’s "Romeo and Juliet." A 14th-century residence with a tiny balcony overlooking a courtyard is said to be “Juliet’s House." The Verona Arena is a huge 1st-century Roman amphitheatre, which currently hosts concerts and large-scale opera performances. We visit the famous Juliet’s Balcony. Overnight Verona area.B
Depart Verona for Sirmione - a beautiful resort town on the southern shore of Lake Garda, in northern Italy. It’s known for its thermal baths and Rocca Scaligera, a medieval castle overlooking the lake. We have some free time to explore Sirmione and its shops. B
Depart Lake Garda for Lake Como. We visit the towns of Como and picturesque Bellagio situated at the juncture of the two arms of Lake Como. Time to explore the fabulous art, fashion and jewellery outlets. Continue to Milan, our final stop and base for 2 nights. B
Morning tour of the highlights of Milan including the Duomo, La Scalla Theatre and Galleria Vittorio Emanuele. Free time this afternoon to further explore Milan or relax. Optional tour to the “The Last Supper” a 15th-century mural painting by Italian artist Leonardo da Vinci. It is one of the Western world's most recognizable paintings. Tonight we have our included Farewell Dinner. B,D
Our tour concludes after breakfast this morning. Transfer for group flight included where booked. Or additional nights in Milan or elsewhere as requested. B 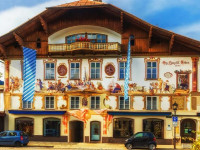 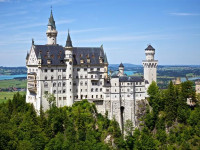 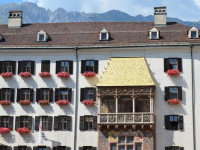 Subscribe to our news letter to get regular update and blog posts.